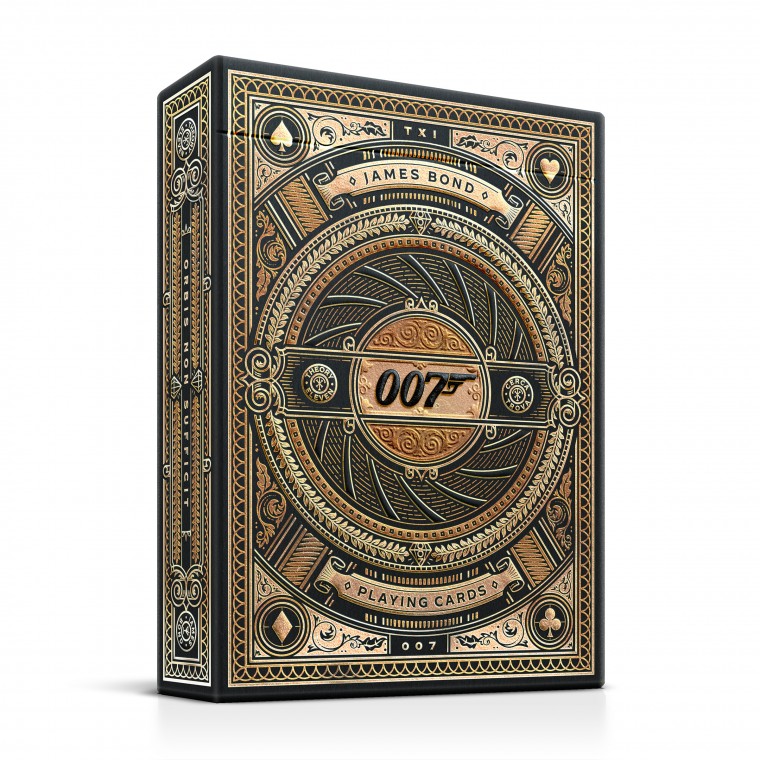 James Bond first appeared on screens in the classic 1962 film Dr. No. Decades later, 007 is still our favorite secret agent. In celebration of the twenty-fifth installment in the beloved James Bond series - No Time To Die - theory11 proudly presents James Bond 007 Playing Cards.

Whether it’s his perfectly tailored suit or the impeccable timepiece clasped to his wrist, Mr. Bond commands your attention when he enters the room. Perfectly encapsulated in gold foil and embossed accents, the ultra-lux outer packaging is truly representative of the esteemed intelligence officer.

A closer look inside will reveal several iconic weapons and gadgets that have been featured in your favorite Bond films: the pen grenade from GoldenEye, Bond’s trusty Walther PPK, the ski pole gun from The Spy Who Loved Me, Jinx’s knife from Die Another Day, and much more!

James Bond Playing Cards feature completely custom artwork in every aspect of the design, with the Ace of Spades, Joker, box design, and court cards inspired by iconic Bond films over the past six decades. The back design of 007 Playing Cards features the Bond family crest and his family motto: Orbis Non Sufficit. 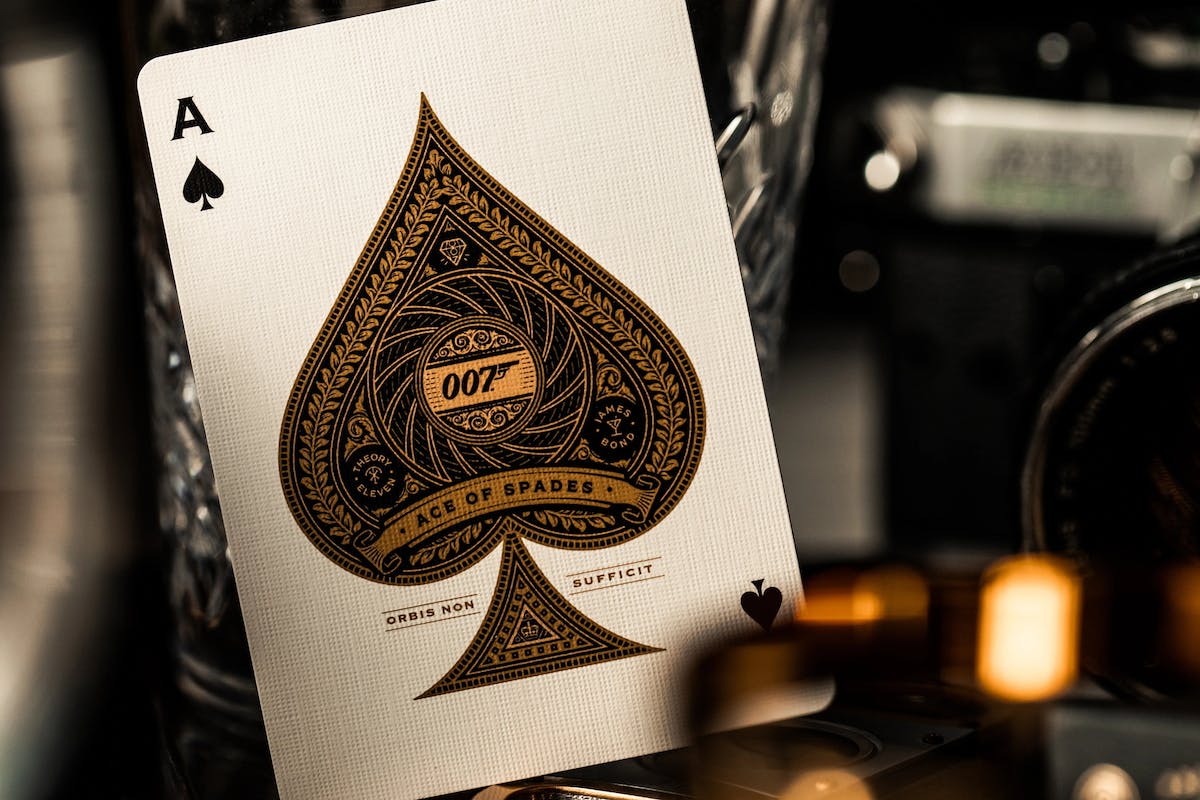 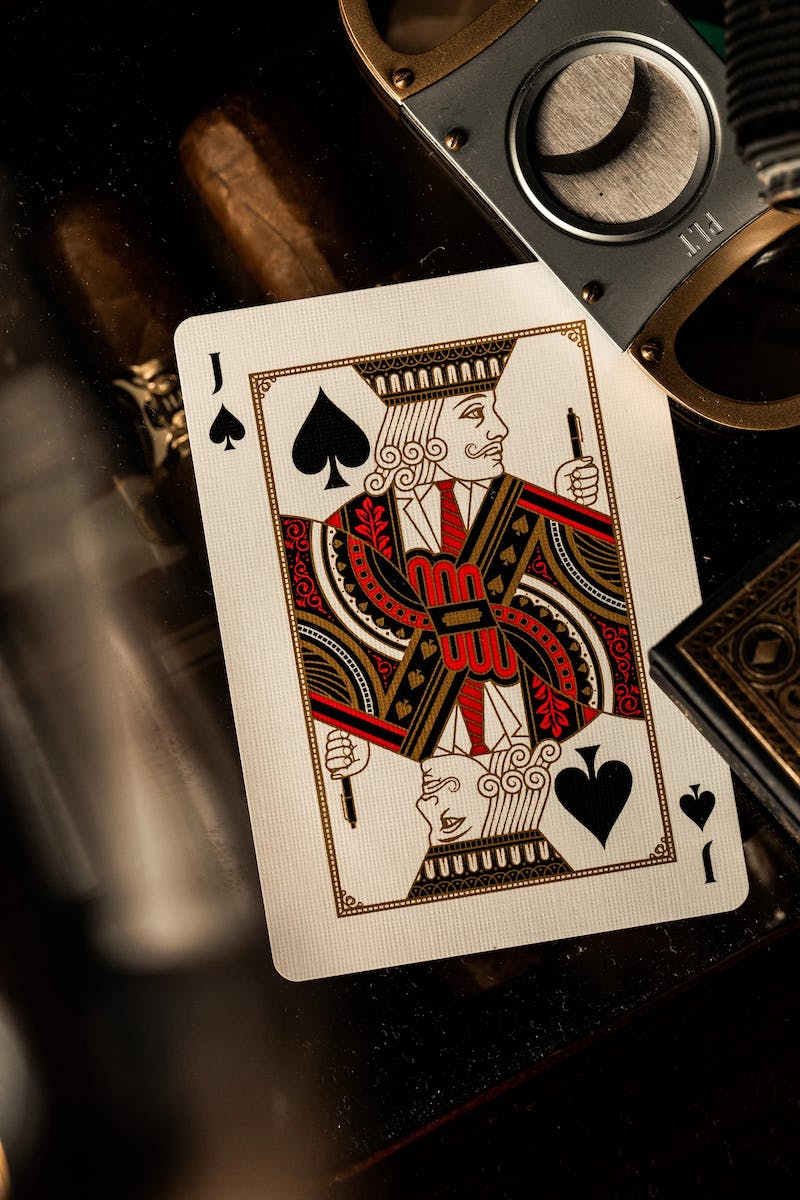 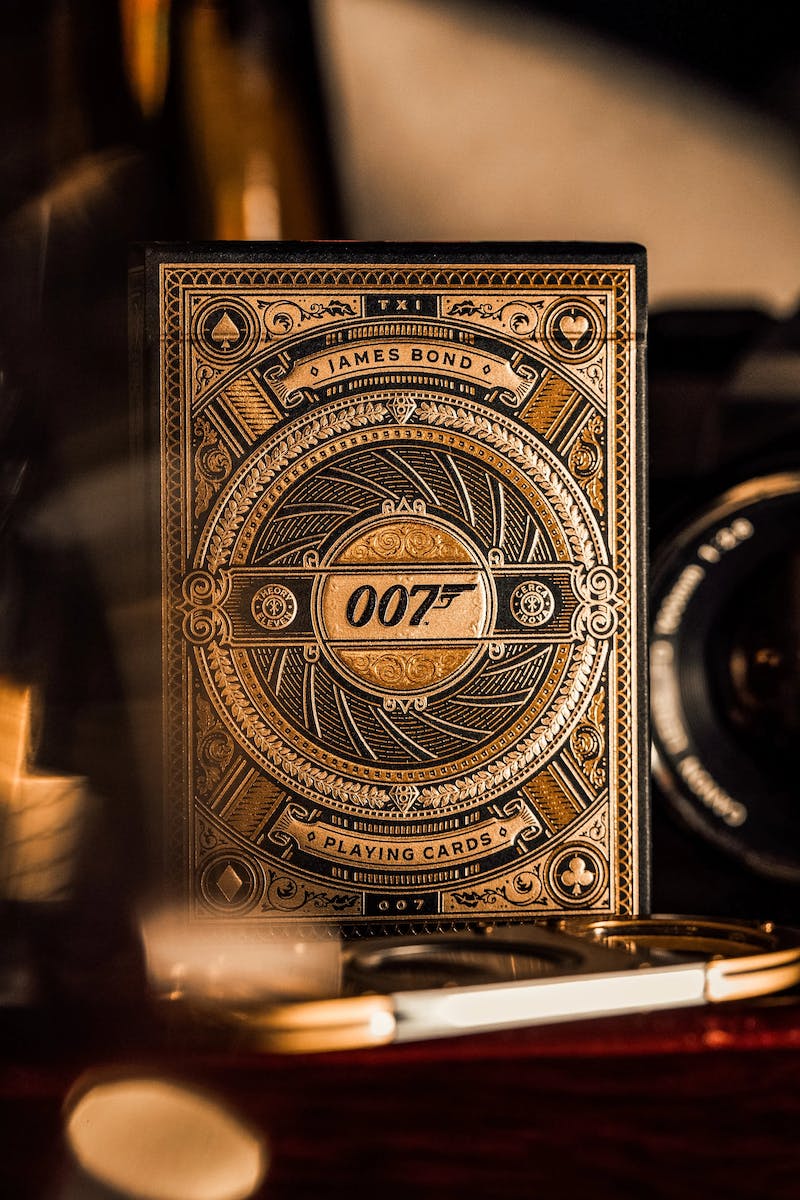 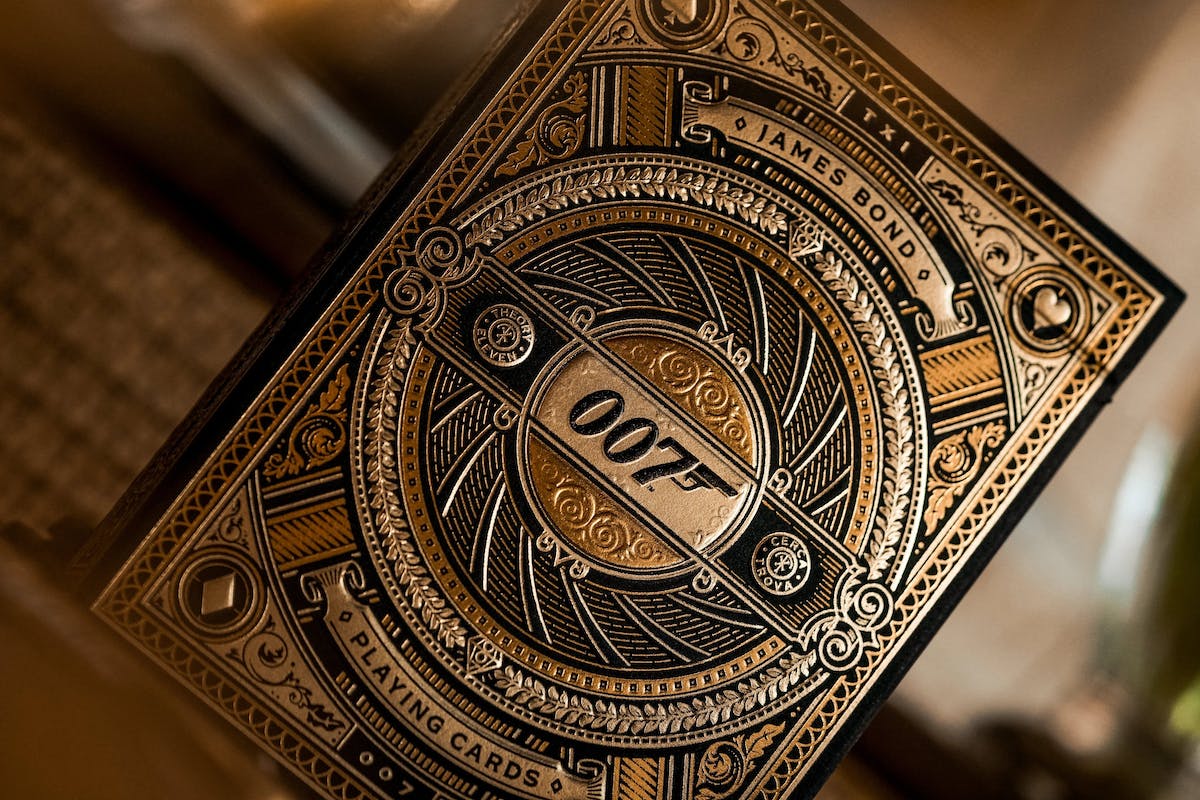 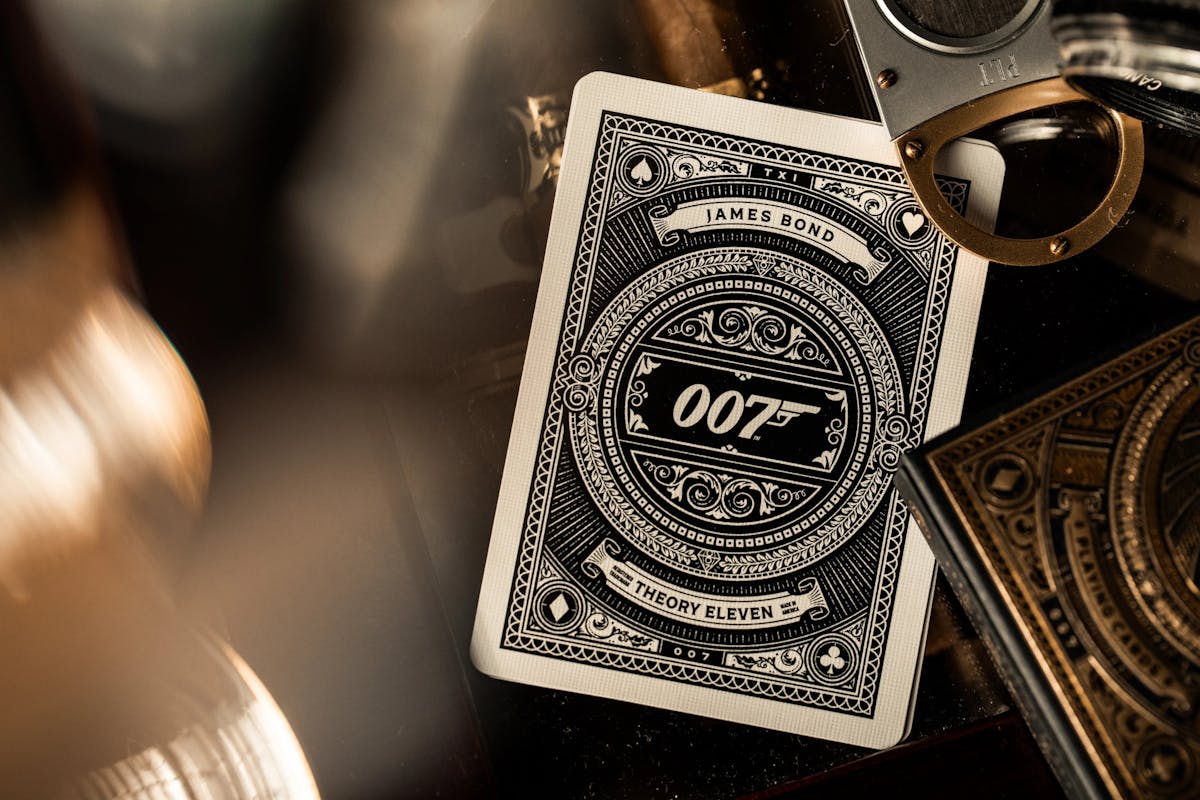 theory11 produces luxury designer playing cards - custom artwork, premium embossing, and the highest quality stock and finishes. The result is an exquisite blend of beauty and elegance. Made in America.

See all products from Theory11 → 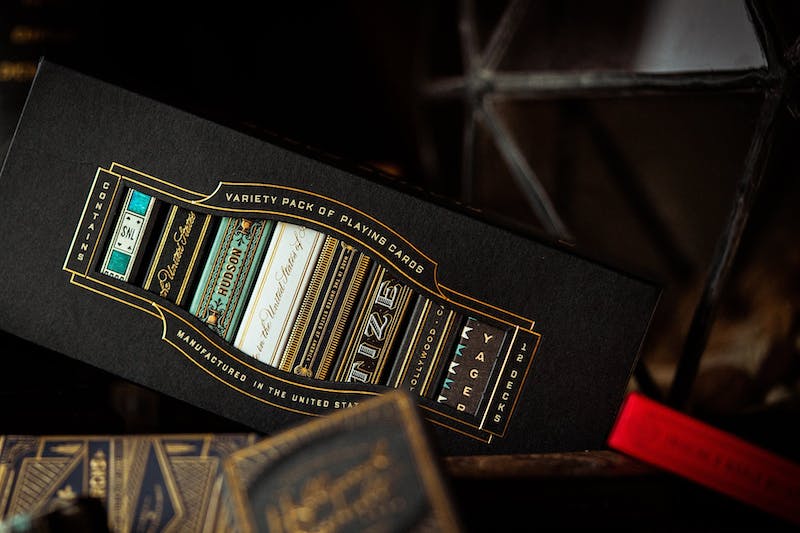